Create an Account - Increase your productivity, customize your experience, and engage in information you care about.

Many individuals who are arrested for a misdemeanor violation of the law wish to have the record of such arrest expunged. Under LA. C.Cr.P. 971 (1), Expungement means removal of a record from public access but does not mean destruction of the record. Any individual interested in expungement should read La. Code of Criminal Procedure Articles 971-993 carefully to determine if they are eligible for expungement, and, if so, how it can be accomplished.

One of the most frequent occasions which results in an individual seeking an expungement arises from the application of LA.C.Cr.P. 894 by the judge. Under that article, when a defendant is convicted of a misdemeanor, other than criminal neglect of family or stalking, the judge may suspend the imposition of sentence and place the defendant on probation under such conditions as the court may fix. If at the end of the period of deferral the court finds that defendant has not been convicted of any other offense during that period and that no criminal charge is pending, the court may set aside the conviction and dismiss the prosecution. 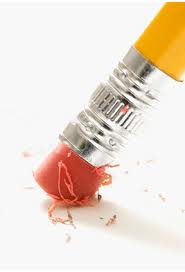 “The dismissal of the prosecution shall have the same effect as an acquittal”. LA. C.Cr.P. 894 B(2) Under LA. C.Cr.P. 976, the defendant may make a motion for expungement of the arrest record since “prosecution has been instituted, and such proceedings have been finally disposed of by * * * acquittal.”

The law sets forth specific forms which must be used in seeking an expungement. These forms are found in LA. C.Cr.P. 987-993. Samples of these motions may be found on this web site in the forms section.

The fee for filing a motion for expungement is Three Hundred Fifty ($350) Dollars. In the event the expungement is for a DWI, an additional $50 is required bringing the total to $400. These fees are set forth in LA. C.Cr.P. 983. Once paid, such fee cannot be refunded. LA. C.Cr.P. 983 However, LA. C.Cr.P. 983 provides for waiver of fees for filing of the motion for expungement in certain situations by producing a certificate obtained from the district attorney that the applicant has no felony convictions and no pending felony charges. Waiver of fee is only available when the charges against the defendant were dismissed by the prosecutor or the defendant was acquitted after trial. If a defendant entered a guilty plea or was found guilty at trial, no waiver of fee is available.

The forms and checklist for filing an expungement can be found in the Forms and Documents section of this site.